As you can imagine, I was over the moon to be invited down to test out Vivek Singh’s brand new lunch menu for Cinnamon Soho, having visited earlier this year to try the very first marmite curry (read my review here).

Our table was booked for 12.30pm on a mild Saturday afternoon and the restaurant was nearly empty – I was worried it would lack atmosphere. But not for long! It was comforting to see that the majority of the customers heading into the restaurant were Indian and Pakistani families – a clear sign that the food sticks to traditional and authentic recipes. We sat on the first floor, but there is an extensive downstairs around that is better for evening dining. If you’re lucky, you may even be able to sit outside underneath the Cinnamon Soho branded awning.

First things first, what UNBELIEVABLE VALUE! Even before we’d had time to scan the menu, I noticed the fantastic offer of two courses for £9.75 or three for £11.75. Now set menus are generally reasonably priced however, never at a quality restaurant in London have I come across such great value. You’d expect it from a cheap and large pub chain with underwhelming dishes (clearly to be expected when you’re paying as little as you are), but certainly not here. Round of appaluse for that alone. On to the food, we went with the following out of the four options for each course ME

Heaven in a naan bread basket 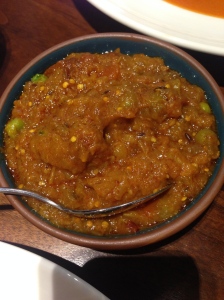 OVERALL? Just such great value for money, and such wide choice on the menu that there is sure to be something to cater to every taste. If I was to go again, I’d 100% order the beef chucks for starter, my Orissa style chicken curry and finishing off with anything BUT my sticky ginger pudding (I have to say, it was a hugeeeee disappointment, but that is purely because I’d not been able to think about anything throughout the meal and when it came, was dry, bland and the texture simply just wasn’t there, it was a colossal let down for me). HOWEVER, I was most impressed by the range of fish and meat on the menu. You would certainly have thought this to be the first to go, thanks to that bargain busting price. All of the dishes were sizeable and we had to roll home after three courses. If you were to order one thing on the menu, definitely, DEFINITELY order the naan bread basket as a side. Your mind will be BLOWN by the homemade peshwari combination – the addition of the peanuts with the desiccated coconut is an absolute dream. IN LOVE! All in all, Vivek and his team have done themselves proud – another winning menu, from a fabulously friendly and charming restaurant. Here are a few piccies for you all to make your mouth water! My choices 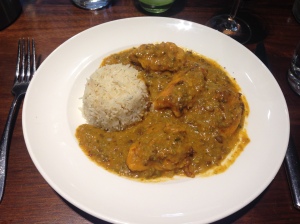 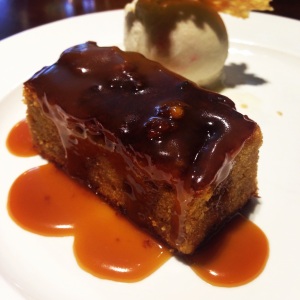