The first attempt at slow roasting my very first leg of lamb and it went really well, with some impressive results.

Now I’m not one to spout off about the day job but Asda has some really tremendous offers on the fresh meat counter for Easter. This beautiful leg of New Zealand lamb was just £9.24 (that’s thanks to the offer for £3.97 p/kg – usually £6.49p/kg). Worth the trip out!

So following a mix between faithful Jamie Oliver’s recipe for Roast Leg of Lamb and some top tips on slow cooking from our family friend, Pete  – thumbs up Stokesy, it turned out great! – off to work we went.

The main points that we followed were slathering the leg in the marinade (crushed garlic, chopped rosemary, olive oil, crushed Maldon sea salt and pepper) and then cover. Now place in the oven at 190degrees for 45mins. Add around 250ml of water to the bottom of the roasting dish to keep things moist whilst cooking. 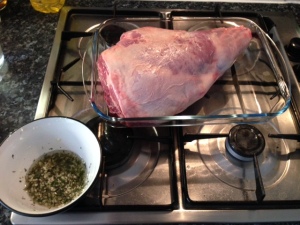 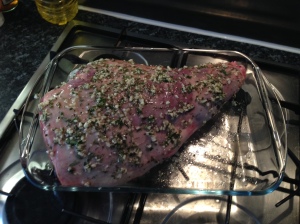 Once blasted in the oven, turn down to a mere 120degrees for another five hours. For the last hour, uncover the lamb to crisp up the skin and herb crust. Once cooking is complete, take out and leave to rest on the hob for half an hour. This is when the fibres will relax and make your meat super tender! 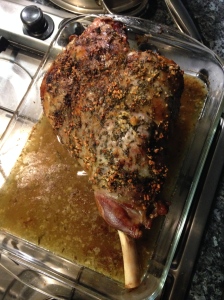 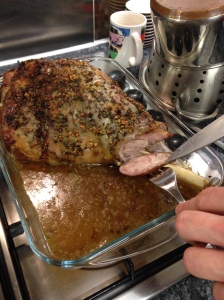 The best bit was certainly having lots of leftovers for sandwiches or even whip up into a lamb tagine or curry for the week. Lamb tends to be a rich and rounded flavour but sweeter than most red meats so for the perfect wine pairing, think Bordeaux, Merlot or Rioja. My choice would be another Asda special such as Extra Special El Meson Rioja – a gold medal winner and Best Spanish Wine at IWSC last year! Great value for £9.97. 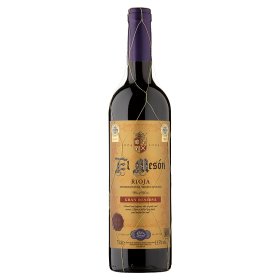 My top tip would be to make the mint sauce with and hour and a bit left to go; the mint leaves will really infuse with the wine vinegar creating an aromatic sauce to dibble over the succulent meat. 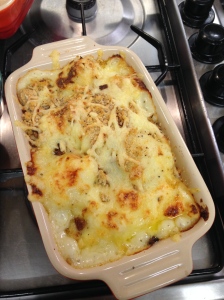 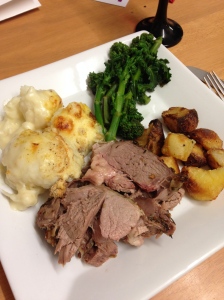 One thought on “Sunday Roast Series; Roast Leg of Lamb”