As you can see from my former posts, I’m a pretty big fan of  former Masterchef star, Vivek Singh; marmite curry, cinnamon soho review and a regular at his pop up Joho Soho. So when I heard he was launching a range of ready made curry sauces, Cinnamon Kitchen at Home, I was at the front of the queue ready to test them out. 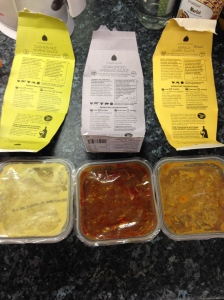 I’d go as far to say that my death row dish would be a tikka masala, the kind that is a shade of neon pink, with pilau rice, saag aloo and a peshwari naan. I’m also a fan of the rather more sophisticated sorts from the likes of Vivek’s own Cinnamon Soho or even a spot of Dishoom (Covent Garden OR Kings Cross, I’m not fussy!). So when I’m tasting curry, you know I mean business!

The Cinnamon Kitchen range boasts four varieties inspired by his award-winning modern-Indian restaurant Cinnamon Kitchen in the City;  all of which carry a pretty spicy label on the pack – even the korma’s got two chillies! Just how I like it.

The range includes an easy to follow recipe, wine matches and Vivek’s tips on the back of the pack:

·      Cashew Nut Korma – a mild and creamy sauce which uses cashew nuts and a blend of aromatic spices, including green cardamom, mace and nutmeg, to create a luxurious texture, rich flavour and mild but deep notes from the aromatic spices.

·       Tomato & Fenugreek Makhani – a classic Punjabi sauce which is hearty, fragrant and colourful, made of buttery tomatoes fragranced with fenugreek leaves, blended spices and garlic.

·      Kerala Curry – an authentic spicy tomato and coconut sauce with a blend of fragrant spices and a kick of chilli. A complex combination of spices including hot pepper, sweet coconut, spicy mustard and chilli, sour tamarind and fresh curry leaves.

·     Goan Spiced Vindaloo – a hot and spicy sauce featuring aromatic spices combined with warming chilli and garlic. Originally a Portuguese dish, Vindaloo is now synonymous with the region of Goa. It is made with hot spices, cloves, cinnamon and pepper which are balanced with sweetness from onions and sourness from vinegar. 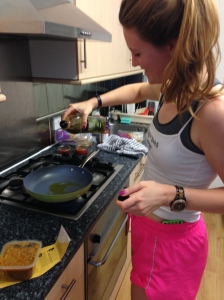 VERDICT?
Vivek’s got it down to a T – literally seal and slightly brown off your meat (approx 5mins), then add the sauce and simmer for 15/20mins.. As easy as that. The spices are so fragrant and despite being pretty spicy – the packet wasn’t half wrong there – you can really taste the flavour beyond the heat. We all thought it was definitely one of the better ready made curries we’d tried, and I will certainly be buying the Vindaloo again! Love the idea of the wine matches, top marks V

Priced at £2.29 at Waitrose stores nationwide. Pick yours up today (especially as they’re currently on offer, 2 for £3! Bargain!)