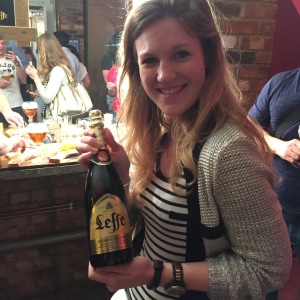 That Girl’s Got… a blonde…

So first things first, how does one pronounce such a name? Leffe?

Both are legit: Leffe (leff-eh) or when in Europe or the motherland of Belgium, Leffe (le-eff). I’m a leff-eh kind of girl, beer goblet in hand, the other is a vogue.. Darling!

You’d be mistaken to think that beer is a boy’s drink – I’ve been a Leffe convert for a number of years but tonight was the first time I’d taken time (geddit) to savour the moment and the craftsmanship that goes into artisanal food and wine. Since 1240, Leffe has been brewed from the same recipe, passing from one generation to the next – the Blonde still delivering that golden hue, notes of vanilla and clove, with a crisp and ultimately refreshing taste. Myself, like many of the other female guests remarked on the smooth and light taste – not hoppy or heavy like other beers I’ve tried. 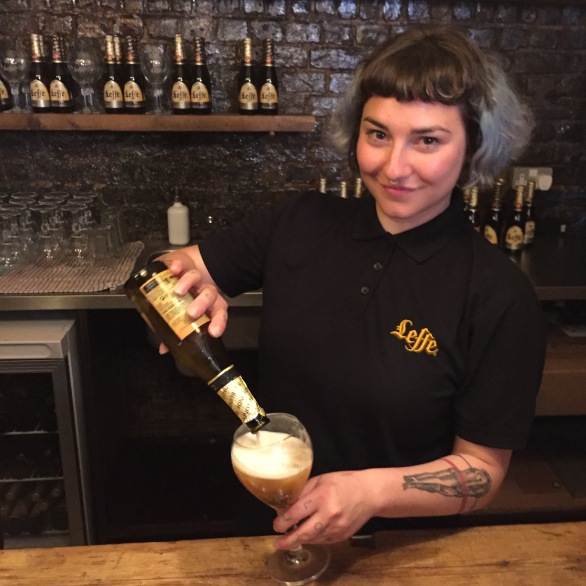 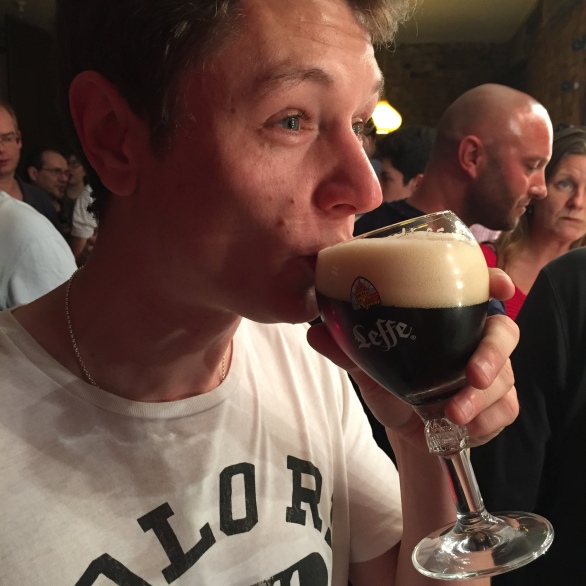 With a glass of the blonde stuff, we sat down to watch the film featuring several masters at work, experts in their own crafts, from artists, to stop animation creators, to even the artisan sausage maker whose delicious Leffe Brune salami was available to try on the night. A piquant mix of sweet and tart flavours that made your mouthwater with every bite

Somethings never are the same on film but without gushing, director Gary Tarn really captured it perfectly. The tone, the pace was hypnotic, like waves lapping against a shore. These are the things you miss when you live life at speed. The sentiment of the piece was uplifting and dreamlike. I’ve started to appreciate my surroundings but have yet to slowdown. Are you ever able to slow down in a place such as London? Slow down and you’ll be trodden on by the next guy! But there is something to be said for enjoying the moment, and fully valuing and appreciating the effort that goes into food, art, friendship. 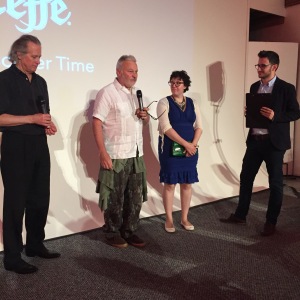 The whole process took six months, for the eleven minute film – a real labour of love for all involved. Each interview was loving prepared, and disected and then put back together, so each story flowed from one through another

YOU NEED TO SEE FOR YOURSELF…. WATCH HERE

And if you’d rather have the full experience, like I did, then you’re in luck. Picture House Cinemas have partnered to screen the film before their summer outdoor cinema series on weekends from 24 June to 11 September. Heres the schedule in case you fancy popping along to that! 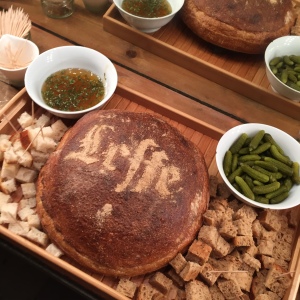 A spread of food, all lovingly paired, and infused with Leffe by chef, Valentine Warner. More on this for another episode.. my meeting with him was too good as a mere add on to this blog! What I will say, is that honey, rosemary, a crusty loaf and Leffe Blonde are a match made in heaven – also walnuts, mmmmm! Heaven.

Next time I have a party, I’ll be pleasing both my male and female guests with Champagne-like cork topped bottles of blonde. You can pick up yours from all major retailers, but notably Tesco (currently 2 for £5), Waitrose and Sainsburys for £2.99. And for that price, you can stock up!

I’d like to thank Leffe Belgian abbey beer and ShineCom for the invitation to the preview event, and for the samples of Leffe, which I sure will be trying responsibly in my own time 😉 Watch this space…